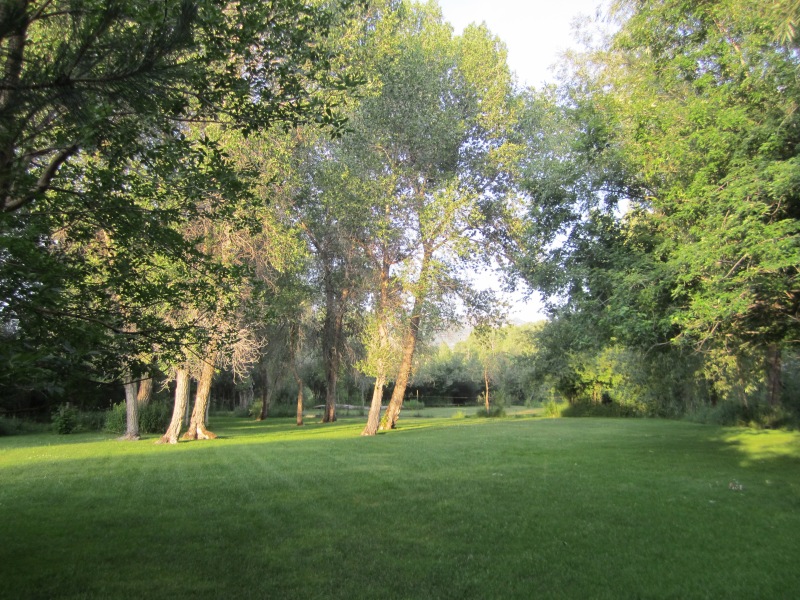 we spent our fourth of july in the magical land of huntsville, ut, where david’s family has a “cabin” a.k.a nice house in the wild west. we invited about 12 people to come with us and they all backed out or had other plans, but we wouldn’t let that stop the fun! we like each other best anyways! pshh. so we decided to make it our “11 month anniversary” trip. ha

since we were itching for a campout and the cabin was packed with family anyway, we decided to take our sleeping bags out to the “family campground” in the back of the property, which is really the epitome of glamping (glamorous camping). We had a wood pile all ready for us, a fire pit, freshly-cut grass and just a few minutes walk up to the bathrooms in the house. Nature at it’s finest.

when we arrived on wednesday night before the fourth of july, we “set up camp” for a little bit, visited the new baby horse named scout, took pictures and wandered the property. magical! all pure magic.

then when it got dark we made the best smores you’ll ever have: trader joe’s dark chocolate sea salt bar, trader joe’s homestyle cinnamon graham crackers and good ol’ fashion marshmallows. that’s the recipe to perfection. they were so good, david ate about 10. i had 2 and felt sick, because i’d already eat some of the chocolate bar and grahams on the way the drive up. couldn’t resist.

next we headed up to causey reservoir, where david was pumped to jump off cliffs and row around in our canoe. too bad we couldn’t figure out how to blow up the canoe (david said it was missing a part). and when some guy got knocked unconscious and had to had an ambulance come to the lake, i was feelin pretty nervous about all that cliff jumping.

but it was a beautiful place with perfect water temps, so we swam around. (a rare occurrence for me!) and then picnicked on more trader joe’s goodies: whole wheat bread, natural PB and fig butter. so good! we wanted to go to zion’s or bryce canyon to celebrate our birthday weekend (david’s birthday is may 10th and mine is may 12 — presh, isn’t it?), but we couldn’t get away for more than one night, so we decided to hit up our own backyard for some quality time with our pal mother nature.

the beauty of living in salt lake city is that we really could drive 20-30 minutes in any direction and be setting up camp. but for this trip we headed north to the trails around snowbasin. we “backpacked in” — all of 3/4 of a mile — and then we scoped out a nice ‘lil spot with a view of the mountain sunset, baked some sweet potatoes and feasted on smores until we got sleepy.

after breakfast in the morn’ we took off on a three-hour hike with a beautiful view of pineview reservoir. we took our sweet time and it was oh so lovely.